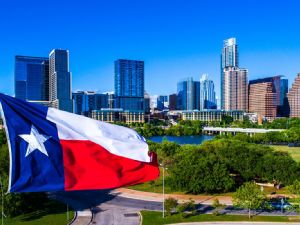 Austin, Texas recently made Forbes’ list of the 25 best cities in the United States for young professionals. That’s no surprise, since the city prides itself on being youthful, vibrant, and progressive while promoting a strong, business-centered economy. With a motto like “Keep Austin Weird” you have to figure there’s a lot going on behind the scenes of this southwestern metropolis and there is, especially for young people wanting to expand their careers. Let’s Take a Look at the Best Reasons to Move to this Thriving Texas Town. There are a host of fantastic reasons to live in Austin. We’ve narrowed down a list of the top 10 reasons any young professional should consider making the move.

1. Low Cost of Living With a cost of living that’s below the national average, Austin is a great place to put down roots for the first time. Add to that an unemployment rate that’s below the national average and you have a recipe for greater financial ease.As a young professional, your salary potential is an important thing to consider and Austin heads the list of the top 50 U.S. metro areas where millennials have the most buying power. According to the facts, the average salary of 25-to-34-year-olds in Austin is $72,442 — about $7,325 above the national average. In Austin, your $72,442 feels more like $75,225 when you factor in costs and expenses — a benefit that’s particularly nice when you’re just starting out.

2. Best Place for Employment Growth OpportunitiesThe economy in Austin is booming and companies are taking note. WalletHub named Austin one of the top three best cities to start a career. And if you’re a job-seeker, then you’re in luck because Austin is also the fourth best city in which to find a job. For the entrepreneurial sorts, Austin was named by CNBC as the top city in the U.S. to start a business. With all that growth, there’s a lot of competition for the best jobs. If you’re in an industry that requires project management experience, then getting your Project Management Professional (PMP) Certification is a great way to stand out in this vibrant market.

No one knows technology like today’s young professionals. It’s their bread-and-butter, their raison d’être. Gone are the days of Silicon Valley — Austin and other cities in Texas have been tagged as the bright, new tech hubs of the future. In fact, Forbes listed Austin as the top city in the U.S. for technology job creation. It’s no surprise, since the city carefully cultivates its downtown area to promote and attract tech opportunities. Every year the famous South by Southwest (SXSW) Conference brings an eclectic mix of tech speakers, networking opportunities, educational events, and entertainment into the area. Part innovative education and part festival, SXSW (or “South by” as it’s known to locals) injects an air of exuberant possibility into the local atmosphere each spring, bringing thousands of tech-savvy participants from all over the world.

4. The City That Grows with You

So, you’re a young professional and word has it that Austin is a great place to live. But you’re also a planner, and you know that your needs will change as you get older. You want a place that can meet your changing lifestyle through the years. It’s no wonder why professionals of all ages move to Austin. No matter what stage of life you’re in — Austin’s got you covered. Parenting Magazine named it the second best city in which to raise a family. And there are lots of neighborhoods that appeal to millennials as well as families with children. But even when you’re an empty-nester, you’ll breathe easier knowing that Austin is a great city to retire in with good health. With a diverse population that encompasses all ages, Austin is a city you will love at every stage of your life.

Austin is one of the greenest cities in the United States in terms of environmental impact. The EPA recently rated the city as one of the top 25 metropolitan areas in the country for energy usage, a ranking that demonstrates Austin’s commitment to remaining as green as possible. Recently, Austin has been rated one of the country’s top ten “cleantech” cities. Its renewable resources like geothermal heat, wind power, and solar energy combine with a commitment by local government, businesses, and residents to work toward energy efficiency. In addition, Austin invites research and development through their hub at University of Texas, Austin Austin. Cleantech giants like Green Mountain Energy and HelioVolt call Austin home and the city sponsors Clean Energy Incubator, a program that which helps companies and individuals with innovative ideas about clean energy turn them into realities.

With weather that’s temperate most of the year, it’s no wonder Austin is filled with ways to stay active and out-of-doors. Named as one of CNN’s most bike-friendly U.S. cities, Austin is a great choice for those who want to save energy and stay fit by biking to work. But, if pedal-power isn’t your thing, don’t worry. There are over 220 parks, 30 unique places to take a dip in the water, and more than 250 gyms, making it easy to get — and stay — active in a way that suits your needs and lifestyle.

There’s nothing better than having lots of dining choices so you can change up your eating pattern whenever you get bored. Austin is a multicultural city that celebrates its diversity, and it shows in the wide selection of cuisine styles on display throughout the city. But no visit to Austin would be complete without eating at one of the ever-present food trucks that decorate the street corners, parks, and roadsides of the city. Check out one of the many local daily food trucks or head to the annual Truck by Truckwest Food Truck Festival or the Texas Trucklandia Food Truck Festival to get a taste of diverse food truck offerings all in one place.

Once you figure more than 200 craft breweries into the mix, you have not just food, but drink, taken care of. If beer’s not your thing, Austin is home to plenty of eclectic bars and clubs that serve up delicious cocktails and fine wines to accent your evening meal. And if you’re a teetotaler, there’s always a delicious cup of coffee brewing at a coffee shop near you. The important thing to remember is that Austin’s food scene is as diverse as its population. You can get anything from tacos to tofu, kobe beef to buffalo burgers, and Brussels sprouts to biscuits. It’s all within reach.

For those who need to finish up a college degree — or embark on a new career — there are 11 colleges within 40 miles of Austin, Texas. The premier institution nearby — University of Texas, Austin — is ranked by U.S. News and World Report as #56 overall in the nation and is a great choice for anyone looking to get an exceptional education. Don’t forget the many continuing education opportunities, like Project Management Professional certification, real estate CE credits, teacher CE credits, and credits for just about any profession or industry. With all this exceptional training right at your fingertips, it’s easy to further your career and make yourself more marketable without having to quit working to do so. Classes are often offered online and during evening hours to encourage working professionals to make the most of them.

There is no state income tax in Texas, so you’ll be keeping over 4% more of your salary than those living in states with income tax requirements. Currently, there are only nine states that don’t have income tax. In Texas, you’ll be able to collect Social Security and retirement benefits without being taxed, although you will still be responsible for the other usual taxes such as sales tax and property taxes.

“Keep Austin Weird” is a slogan created by the Austin Independent Business Alliance to bolster growth for local small businesses. But that slogan was taken to heart by residents and has become the unofficial motto of the city itself. Known for its off-center politics and irreverent approach to life, Austin is a city that isn’t afraid to march to its own — delightfully different — beat. Need some examples? Here are three that might make you go, “Hmmmm.”

Tacos are a breakfast food.

Graffiti is legal at one of the largest outdoor galleries.

What could be more fun than a city that always has a surprise up its sleeve — that is, of course, unless it’s been swimming naked at Barton Springs! Now You Know Why Professionals Move to Austin! If you think you may enjoy Austin, TX and a 360 Agency Recruiter or Manager with three years degree or 4 without we would be keen to speak to you. Call/WhatsApp/Text me 24/7 on 07970 840061 or email [email protected]