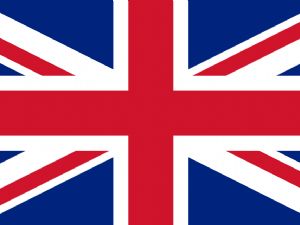 Being unable ...to stand and leave without first saying “right”

Not hearing someone for the third time, so just laughing and hoping for the best

Being sure to start touching your bag 15 minutes before your station, so the person in the aisle seat is fully prepared for your exit

Repeatedly pressing the door button on the train before it’s illuminated, to assure your fellow commuters you have the situation in hand

Having someone sit next to you on the train, meaning you’ll have to eat your crisps at home

The horror of someone you only half know saying: “Oh I’m getting that train too”

“Sorry, is anyone sitting here?” – Translation: Unless this is a person who looks remarkably like a bag, I suggest you move it

Loudly tapping your fingers at the cashpoint, to assure the queue that you’ve asked for money and the wait is out of your hands

Saying hello to a friend in the supermarket, then creeping around like a burglar to avoid seeing them again

Deeming it necessary to do a little jog over zebra crossings, while throwing in an apologetic mini wave

Turning down a cup of tea for no reason and instantly knowing you’ve made a terrible, terrible mistake

Suddenly remembering your tea and necking it like a massive, lukewarm shot

“You’ll have to excuse the mess” – Translation: I’ve spent seven hours tidying in preparation for your visit

“I’m off to bed” – Translation: “I’m off to stare at my phone in another part of the house”

Mishearing somebody’s name on the second time of asking, meaning you must now avoid them forever

Leaving it too late to correct someone, meaning you must live with your new name forever

Running out of ways to say thanks when a succession of doors are held for you, having already deployed ‘cheers’, ‘ta’ and ‘nice one’

Changing from ‘kind regards’ to just ‘regards’, to indicate that you’re rapidly reaching the end of your tether

Interestingly our International Clients LOVE British Recruiters! Not sure it's for these reasons though! If you are an Agency Recruiter (any level up to senior Management) looking to move to the USA, Hong Kong, Singapore, Australia, Dubai, Canada, Germany or Holland Call/WhatsApp/Text Ruth 24/7 on 07970 840061 or email [email protected]